Do you need to have your IELTS essay checked by a professional but can not pay for such a service, maybe you do not really want to pay or you just want to use our FREE IELTS Writing Correction Service?

Then you do not have to look any further online, because at IELTS Writing Correction Service we are happy to help you with your IELTS essay review.

Everyone can benefit from a second pair of eyes.

Many people make the mistake with their IELTS Writing. A high percentage of test takers are so busy focusing on other skills that they do not spend enough time on their IELTS Writing and IELTS Speaking. On the other hand, many students do not have access to IELTS teachers who are willing to offer a free IELTS Writing Correction Service or even a native English teacher to chat with.

Having the advantage to get your IELTS essay checked by a fully-qualified IELTS instructor or English teacher is a great opportunity. By utilising such a service your IELTS Writing can only improve and therefore so does your IELTS band level score.

Our IELTS instructor will be happy to revise your IELTS Writing task and provide you with a full detailed report as well as the possible score you could have achieved. Our IELTS teachers are highly skilled in identifying errors and will meticulously evaluate any documents you submit through our online system.

As you can see, a second set of eyes, those of an experienced IELTS trainer is a true benefit to you.

Then no need to look further, we will be glad to assist. Our FREE service will provide you with an estimated band level score for your IELTS writing task. However, there are some conditions to us offering such a service. In return for our IELTS Teachers to examine your essay you will need to do some likes, follows and shares on your social media. As with all free services, there are some catches!

Would you like to take advantage of our generosity in return for your?

When you want to make sure your IELTS essay is the best it can be.

With IELTS Writing Correction Service’s help, you can spend less time wondering how good your writing is. Our talented IELTS teachers are experts at assessing your written IELTS essay and will advise you of your band level score which may be achieved in the IELTS exam, this is based on the writing task you provide us with.

If you are seeking a detailed report of how to improve your IELTS Writing to achieve the score you desire in the IELTS Writing section, then please make sure you consider purchasing one of our paid services. Our IELTS essay checking service stretches far beyond basic English correction; they will help you understand your mistakes and give you the chance to improve your writing easily. Maybe after the first IELTS essay or after many IELTS Writing tasks you will see an improvement in your writing within the timescale given in the IELTS exam.

How can IELTS Writing Correction Service help you?

We would be more than happy to check your IELTS essay or correct your IELTS Writing task. You will find a paid IELTS Writing Correction Service available on our website, or alternatively, this FREE service where we provide you with the possible score you could achieve in the IELTS exam.

Our paid IELTS Writing Correction Service starts from as low US$7 per task and is returned to you within 48 hours. On the contrary, our Free IELTS Essay Checking Service is totally FREE however comes with some conditions; all we ask you is to share, follow or like us on three social media platforms. By ordering the service you also allow us to publish and use the essay over any of our websites.

After your IELTS Writing is checked you will receive your estimated band level score within days.

Where can I purchase or request these services?

Take this opportunity to browse through our website, however here are the main two links that we have mentioned above.

IELTS Writing Correction Service – From $7 Each

We look forward to checking your IELTS Writing Task. 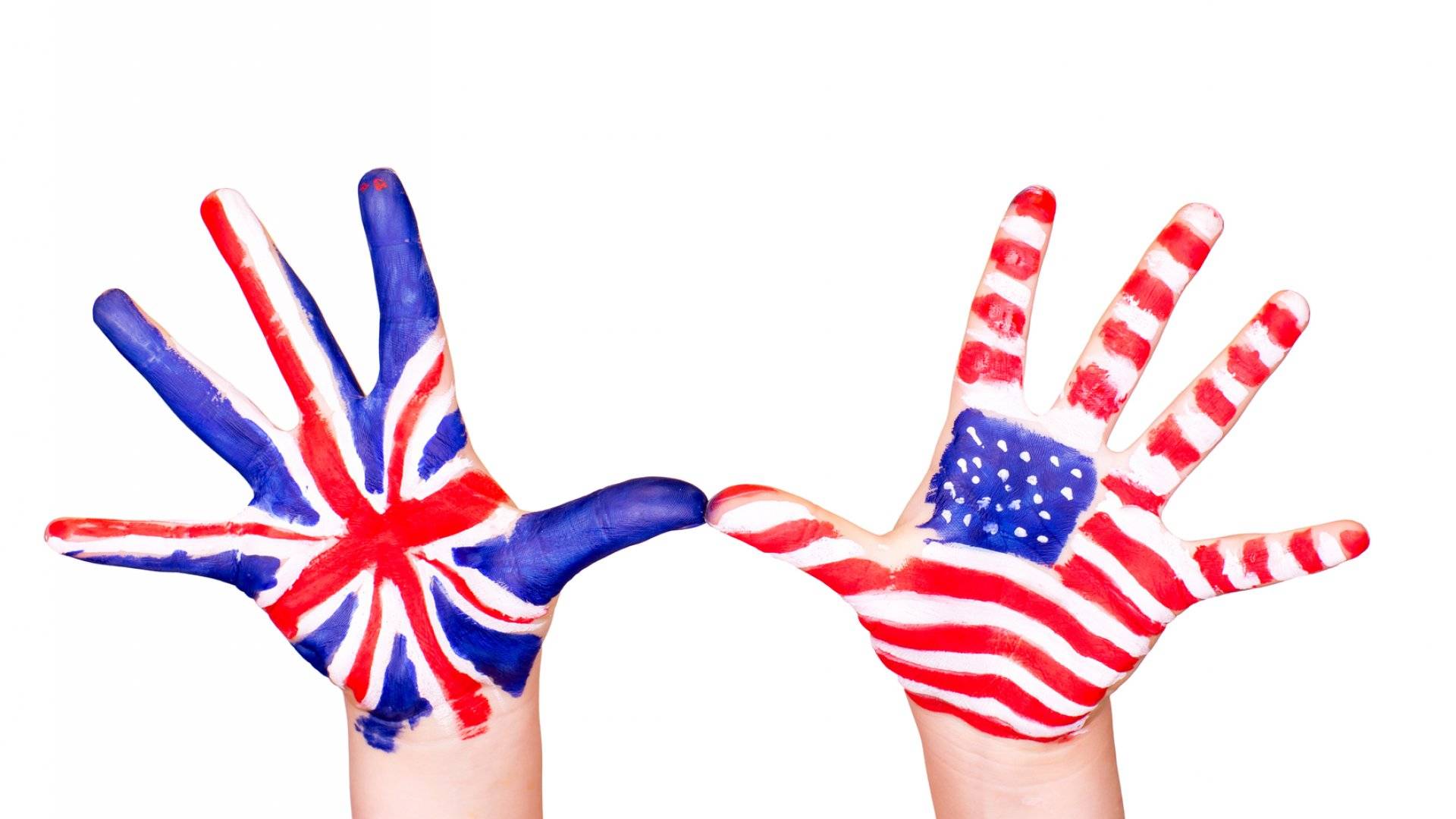 IELTS vs. TOEFL: Which English Language Exam is Right for You?

IELTS (International English Language Testing Service) and TOEFL (Test of English as a Foreign Language) are the two main English language tests available for prospective college students from non-English speaking countries. Depending on your native language and pre-college curriculum, taking either the IELTS or TOEFL may be a necessity. Although similar in ambition and focus, these tests differ broadly in their approach and testing criteria.

In this blog post, we’ll look at the key differences between IELTS and TOEFL, and help you choose the exam that fits your requirement.

If you need help clearing either of these two exams, check out this course on Preparation for IELTS or TOEFL.

Both IELTS and TOEFL are designed to test your proficiency with the English language, especially your ability to communicate effectively in a classroom setting and fit into a predominantly English-speaking culture. Consequently, while SAT/GRE/GMAT test your verbal ability, including reading comprehension, vocabulary, etc. IELTS and TOEFL only test how comfortable you are with the English language. That doesn’t mean these tests are a cakewalk, but you won’t be stretched nearly as thin as with the SAT, GRET or GMAT.

IELTS or TOEFL is usually a requirement for students from countries where English is not the primary language. In some countries, taking either of these tests may also be required for obtaining a visa. At the same time, high scores in the standardized tests – SAT/GRE – or a English-heavy course curriculum at the high-school or Bachelor’s degree level (for students applying for Master’s and PhD’s abroad) may exempt you from these requirements, though this is the exception, not the norm. In 90% cases, you will be required to take either the IELTS or TOEFL.

Taking either IELTS or TOEFL, then visit our dedicated website for more information at www.ieltsteachers.com.

Both IELTS and TOEFL are divided into four sections:

* If you can read this article easily, the reading section should be easy enough.

Differences between IELTS and TOEFL

Now that we know what the IELTS and TOEFL actually are, let’s look at the key differences between them.

IELTS is mostly a British test. Hence, it is more readily accepted in universities within the commonwealth. This includes colleges in Britain, New Zealand, Canada and Australia. Many American universities accept the IELTS as well.

TOEFL was initially developed at the Center for Applied Linguistics at Stanford University. As such, it has very wide acceptance in US universities. Almost every American college will accept the IELTS, though that can’t be said for the IELTS.

Because TOEFL is an older test than IELTS, and because more students apply for universities in US than Australia or Britain, TOEFL boasts a higher number of test centers as well: 4,500 centers spread across 165 countries.

IELTS, on the other hand, has only 900 centers globally, though this shouldn’t be an issue as they have a center in pretty much every major international city.

Both IELTS and TOEFL are offered 48 times per year.

TOEFL offers just one type of test – the TOEFL iBT (Internet-based Test). Some centers also offer the Paper-based Test (PBT) which is just a paper version of the iBT.

Testing fee for both TOEFL and IELTS varies between $150-$250 depending on your location and test type.

The TOEFL is scored out of 120 points. IELTS scores are based on a 9 point scale with half-point increments. Since the TOEFL is scored on a wider point range, some students feel it to be fairer than IELTS, where a few mistakes might degrade your score by a point or two.

Besides the above, there are a few section specific differences among the tests as well:

Expect to hear a variety of different accents on the IELTS Listening section. This may include, but isn’t limited to, British, American, Australian and Canadian accents.

TOEFL, on the other hand, employs the standard American accent. If you watch a lot of American movies or TV shows, you’ll find this much easier to handle than an Australian or Irish accent on the IELTS.

The IELTS speaking section is actually a one-on-one interview. Question topics can range from the academic (“talk about the theory of evolution for a minute”), to the mundane (“what is your favorite hobby and why?”).

The TOEFL speaking section involves speaking into a microphone. Most questions will be academic in nature. You will also be asked to listen to a lecture or academic discussion and voice your thoughts on the same (such questions are called ‘integrated tasks’ on the TOEFL).

If you’re more comfortable speaking into a mic than sitting across an interviewer, you’ll find the TOEFL Speaking section way easier.

The differences between TOEFL and IELTS are few but not inconsequential. Depending on where you want to study or migrate too – US or UK/Australia – you may choose either one of them. They cost roughly the same, have the same duration (approx. 3 hours) and validity (2 years), and are offered nearly year round.

For more help on preparing for IELTS and TOEFL, consider taking a course from IELTS Teachers.

This website uses cookies to improve your experience. We'll assume you're ok with this, but you can opt-out if you wish. Accept Read More